Science fiction concerns the future, of course, this being its simple, organising essence. But science fiction wants to do more than just be in the future, it wants to predict the future, to reveal its horrors and beauty, its similarities and difference, and more importantly, tell us about all the cool stuff. This means that the ‘future’ science fiction explores has changed a lot over the years, and has a fascinating past, one with a twistier time-line than a Phillip K. Dick story […].

But this book is not a history of science fiction, because although historical context plays a part – the Cold War from which alien arrival films emerge, or our biopolitical present in which interface films become symptomatic – this book is most concerned with science fiction futures that crack history open, allowing something unaccountable to emerge, something singular and new. As a result, this book sees the ‘new’ and its ‘future’ in science fiction in a very different way from Darko Suvin and Frederic Jameson, whose astoundingly influential theory sees science fiction futures as forms of ‘cognitive estrangement’ that seek to reflect on the present that produces them. [from the Introduction]

— the book is available via amazon 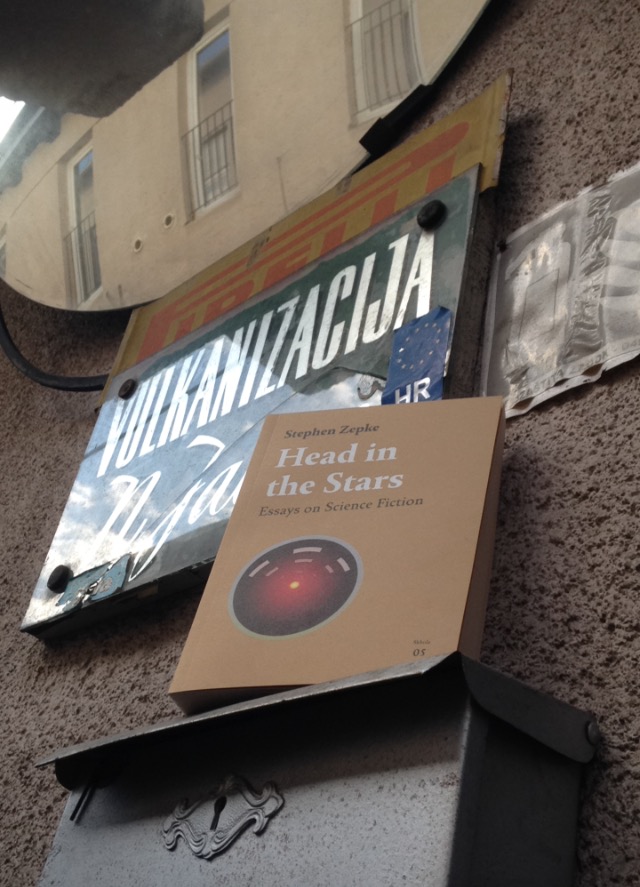