As the poet, Hansén constructs her verses from various questions, statements and slogans, seemingly disconnected, but as a whole they perfectly describe the chasm between the individual and the system. In
Turn to history (Gå till historien), her volume of poetry first published in 2013, the author deals with history – both the past itself, as well as the notion of “history” as the story of what happened in the past.

Swedish poet and editor Linn Hansén debuted in 2008 with a volume of poetry Ta i trä, which brought her the Author of the Year title from Western Swedish Writers Society and the nomination for the Katapultpriset Prize of the Swedish Writers’ Union as the best debut of the year. She was a member of literary collectives, such as Sharks and G=T=B=R=G. In addition to her own writing, Hansén cooperates with the Göteborg Poetry Festival, the Queer Literature Festival, and she works as an editor for the cultural magazine Glänta.

Göran Dahlberg • Ghost Life — Hauntings in the society of spectres

Micro-essays dealing with humans, ghosts and the entities in between.

A ghost story is populated by the expelled, now returned. Unpleasant truths. Preferably, stories should be coherent. Someone has to fill in, cover up, and accept the role of missing link, transitional object, the intermediary one. In the end someone always does. There is always an intermediary one. The ghost hides only what cannot show itself or be shown. It also shows itself to be entirely in order. Its own order.

Göran Dahlberg is the founder and editor of the Swedish cultural journal and publishing house Glänta.

Price of each pamphlet: 7 €

— publications are available via Amazon:  Turn to history  |  Ghost life 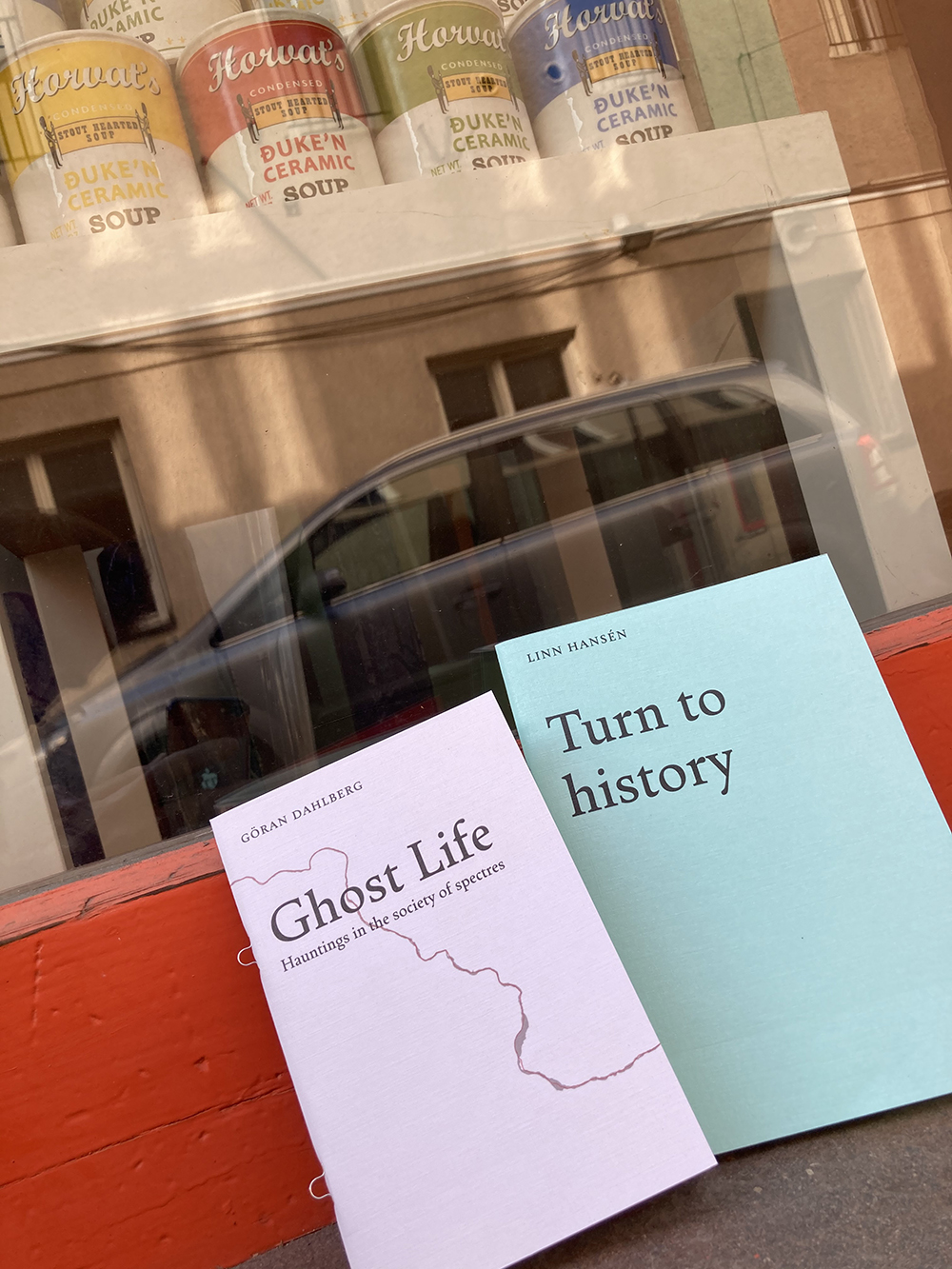