The artistic practice of Carlos Martiel critically explores the structural racism and political systemic historical violence against all socially marginalized bodies, black, female, sexually and gender non-normative, queer, immigrant bodies and generally stands as a condemnation of the dominant North American and Eurocentric discursive and social stigmatizations of otherness. 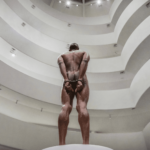 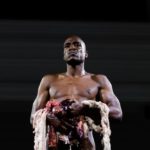