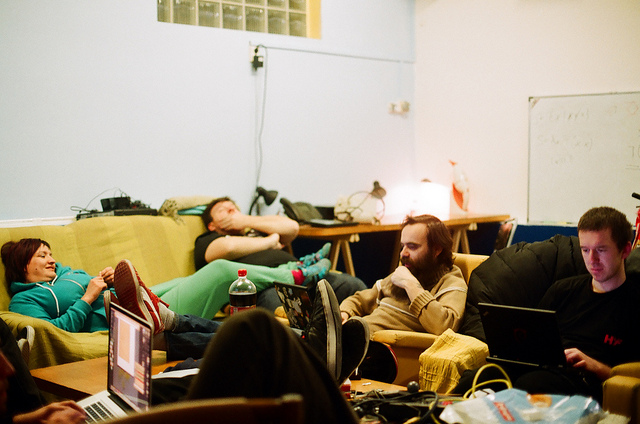 Since 2005, Multimedia Institute has been intensely active in creating a community of techno-enthusiasts who struggle for the freedom of information, open technology, and free culture. The Skill Sharing programme, launched rather modestly as a weekly exchange of knowledge, programmes on techno-culture, and debates on the social aspects of digital network technologies at the social and cultural centre MaMa, has meanwhile grown into a model according to which socially engaged groups of techno-enthusiasts now gather also in Osijek, Varaždin, Split, Skopje, and Belgrade. Owing to such networking, MaMa could also organize an international conference called Nothing Will Happen, which takes place four times a year and brings together participants from ex-Yugoslavia and activists from Europe. Maintaining such a group is particularly important for raising awareness about social issues in a wider technological community, as it was particularly manifest during the protests against ACTA.