The Media Against Democracy | The Economy of Crisis Capitalism and the Ecology of the Commons | The Sites of Neoliberalism: Urban Conflicts in Post-socialist Societies | Freedom to Creativity! Festival of Free Culture, Science and Technology

The Media Against Democracy

The media and journalism are going through a turbulent and painful period of restructuring. Technological change and the economic crisis have cut the ground under the feet of already shaky print and electronic media and their business models. Journalism is eroded by parallel processes of the degrading of professional skills and the abolition of jobs. Media coverage is becoming more uniform and reduced to columns, agency news, and the publishing of PR announcements. However, the roots of these processes of economic rationalization are not recent. Although the Internet is most often seen as the cause of the collapse of traditional media business models, it has only accelerated the fundamental problems posed by the concentration of media ownership and commercialization of media content in the decades before the advent of the Internet.

At the same time, the initial democratic promise of the internet is also losing ground. Its success proved to be its curse. Although it transformed public and private communication – business, everyday life, relations of global political and economic power remained unchanged. As recent discoveries of mass surveillance of citizens have shown, everything that has made more democratic has also been made more vulnerable to control. The market processes of commercialization, concentration, and monopolization that pushed the print and electronic media into a spiral of crisis through previous decades are now pushing the internet into a similar crisis, only now magnified by the possibilities of technological control over communications. The increasingly thorough economic restructuring of the media is undermining their democratic promise.

The conference “The Media Against Democracy?” considers the combined process of the commercialization of the internet and the crisis of the media and journalism. On the analytical side, the conference approaches the issue through the prism of political economy, and on the practical side, through issues of the future of the organization and work in the media and the necessary media reforms in Croatia. Prominent domestic and international experts, media workers, political activists, and political actors took part in the

The Economy of Crisis Capitalism and the Ecology of the Commons

The commons are the slogan of social movements in which, on the one hand, the specific negative experience of advanced processes of commercialization of ever wider circles of non-market goods and services that form the foundation of social equality is crystallized. On the other hand, the positive experience of social self-organization, social solidarity, and democratic management of resources that appears in these movements indicate the urgent need for a political project of resocialization of the economy that will break the closed circle of capital and its instabilities.

The commons are an indicator of a specific historical constellation of the present moment – a kind of perfect storm – in which the forces of many years of economic crisis, socially disastrous austerity policies, decades of property transformation, and changing power relations between capital and labor have united. The international conference “Economics of Crisis Capitalism and Ecology of the Commons” had a starting point in the analysis of the genesis and the current state of the crisis, its consequences for the sphere of labor, for the public sector, and non-market goods of this or that type. The aim was to discuss the directions of political action and new political categories that would enable trade unions, social movements, and political actors to stop the paralysis imposed by the currently dominant interpretation of the crisis as a crisis of public spending and the unsustainability of the welfare state. Special emphasis was placed on considerations of how existing social

movements in the form of activist and civic groups can continue to operate beyond the immediate cause and the space in which they occur. And secondly, how can the processes of the so-called recommunalization – the returning of privatized goods into public hands – be advocated and implemented.

The conference was co-organized by: the Multimedia Institute, the Center for Workers’ Studies, the Right to the City, and the Heinrich Böll Stiftung.

The Sites of Neoliberalism: Urban Conflicts in Post-socialist Societies

The international conference The Sites of Neoliberalism focused on the transformation of cities, urban landscapes, and urban governance in Croatian and other post-socialist societies in Eastern Europe at a crucial time when urban development in these societies is increasingly under pressure from neoliberal policies and excessive economic exploitation.

The conference addressed issues of the impact of globalization and transition in the context of Eastern European cities; the introduction of neoliberal governance instruments; urban planning policies that promote business interests to the detriment of the public interest; declining citizen participation; urban struggles against the exclusion of citizens from decision-making and cultural practices directed against the privatization of public space.

A large number of phenomena that can be observed in Eastern European cities follow a similar logic of development to that of Western cities during the post-industrial, globalization period of the 1980s and 1990s. Nevertheless, Eastern European

development is marked by several features of the post-socialist transition: democratic deficits, corruption of public administration, failed privatization of the economy and new economic pressures on space.

Freedom to Creativity! Festival of Free Culture, Science and Technology

In the rift between the possibility of absolute access to cultural content through digital online environments and the denial of the right of access to cultural goods by restrictive regulation of intellectual property, a global movement for “free culture” was born.

Free culture is created by exchanging, connecting, and co-creating based on free and open content that authors voluntarily, or after the expiration of copyright, hand over to the public.

In this spirit of sharing and building free goods together – the spirit inherited from the free software movement and the scientific community – the “Freedom to Creativity!” Festival presents the most prominent examples of global cooperation and initiatives for free access and archiving of cultural and intellectual heritage, as well as collaborative projects for the production of new content given to the public for free use, copying and exchange.

The festival took place from 2005 to 2007, first dedicated to various efforts in the field of “free creation” – i.e. works for which the authors give others the right to freely exchange and process it without copyright infringement and publish these adaptations. In its second edition, the festival was devoted to the negative consequences of knowledge privatization through patents and copyrights in the fields of science, medicine, agriculture, and genetics; open access to knowledge, medicines, and technology and its (if it relates to knowledge) importance for a balanced global social development. In its latest edition, the festival was dedicated to radio frequency spectrum as a public good, open communication standards, and civic participation in media creation. 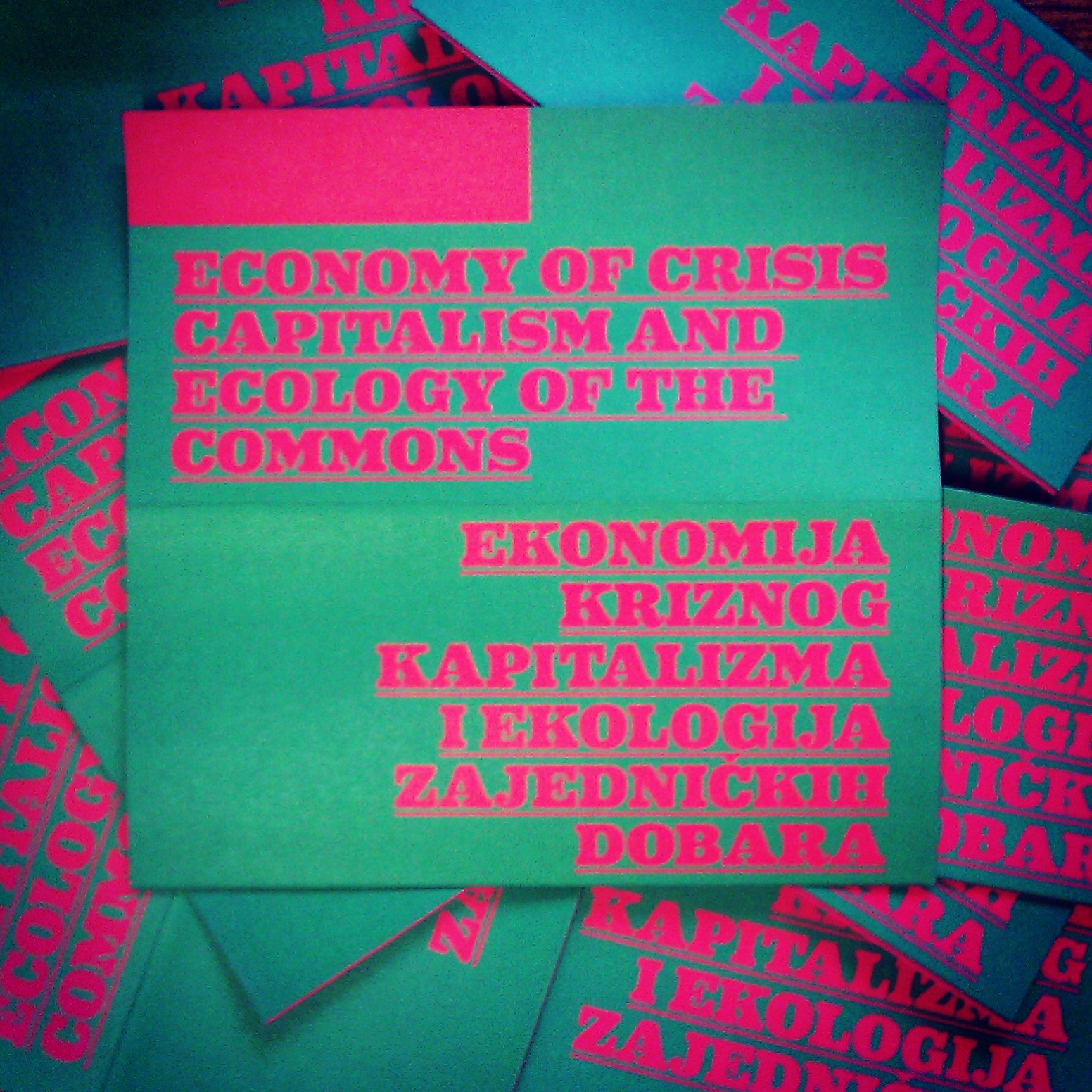