Cultural Kapital of Europe 3000 is a collaborative platform launched in 2003 by the Center for Dramatic Arts, Multimedia Institute, Platform 9.81 and What, How & for Whom / WHW, later joined by the Shadow Casters, [BLOK], Community Art and Kontejner.

The project was launched with the intention of questioning both the model of national representational culture and the market-oriented conception of the creative industry. The title itself ironizes the project of cultural capitals of Europe (the year 3000 as an unattainable horizon of the local creative class and cultural policy), placing contemporary artistic and theoretical production in direct connection with capital.

Zagreb – Cultural Kapital of Europe 3000 was the first major joint and long-term project of the independent scene in Zagreb in the 2000s that significantly contributed to its local and international visibility. The project also left its mark on public policies towards independent culture and marked a turn towards social activism.

Zagreb – Kultural of Europe 3000 took place within the relations project and with the financial support of Kulturstiftung des Bundes and Erste Bank Group in central Europe [The Arts and Civil Society Program]. 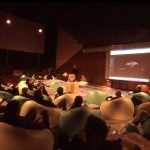 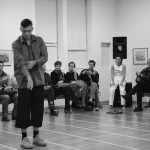 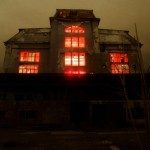